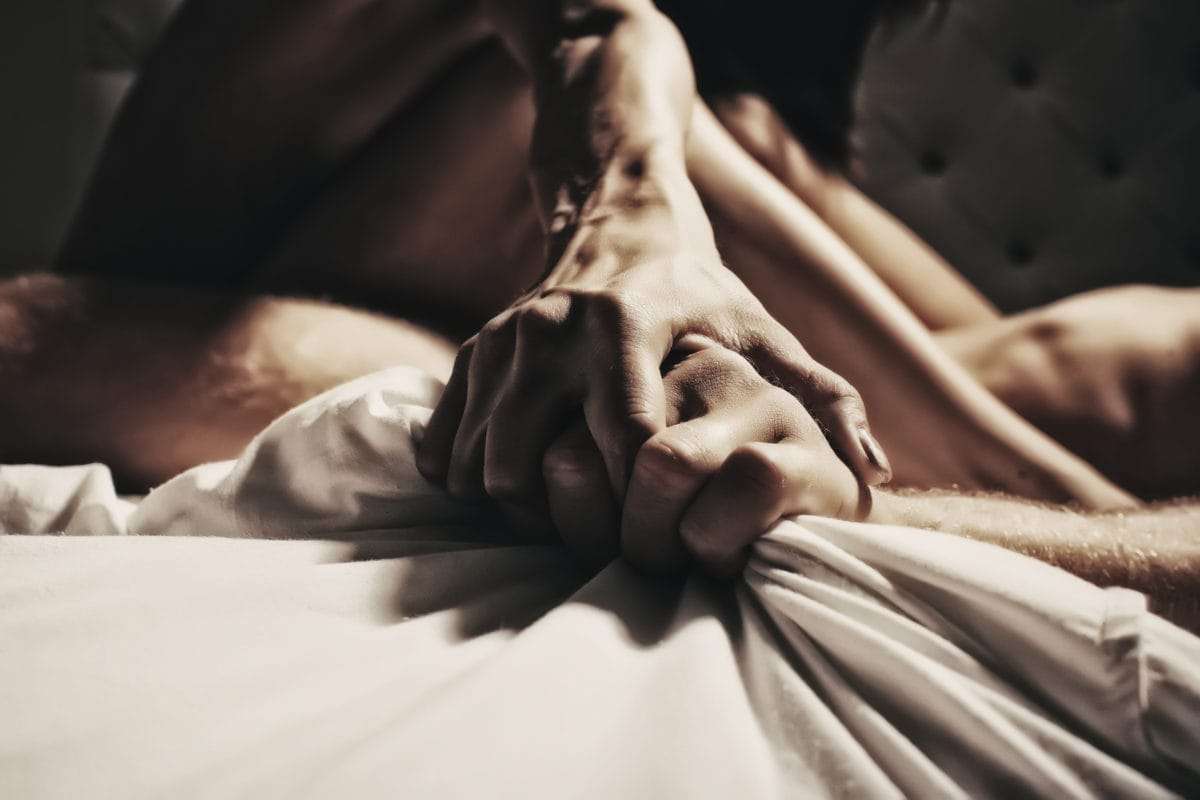 There’s one sure-fire way to ensure that you both end sex in a glow. It’s how she says “damn that was amazing!”

What could I be talking about?

The simultaneous orgasm! Climaxing at the same time! Coming together! Getting your rocks off in unison!

What is a Simultaneous Orgasm?

A simultaneous orgasm is when two people reach orgasm at the same time. But it’s so much more than that.

It’s also on the minds of my clients and audience members. So many of you have asked me about how to achieve simultaneous orgasms. This is something you want to achieve, and something that you KNOW your partner will love.

My one-on-one coaching clients have asked me again and again, “How do I get my woman and I to reach orgasm together? How can we come at the same time?”

The Pressure is On… but It shouldn’t be.

I don’t want to add any more pressure to the already highly-pressurized orgasm by saying that orgasms between a couple have to happen at the same time.

Orgasms are great. They can be absolutely earth-shattering. And if I’m honest, some of the BEST orgasms I’ve ever had in my life did NOT happen when my partner was also having an orgasm at the same time.

Most of the time, when you have an amazing orgasm, your partner focuses on your pleasure instead of focusing on bringing themselves to orgasm at the same time.

This is totally okay, and makes for great sex!

Orgasms do not have to happen at the same time in order to be memorable. With that said, let’s dive into why people DO want simultaneous orgasms.

Why Should You care About Simultaneous Orgasms?

The core behind simultaneous orgasms is about arousal.

You might be aroused because SHE is aroused, and HER arousal brings you to orgasm.  That’s what the simultaneous orgasm is all about.

Sex is such a solo adventure. Even when you’re having sex with someone else, you get lost in your own mind, especially at the point of orgasm. When you’re having an orgasm it’s almost as if you’re falling back into yourself. The simultaneous orgasm is a nice way to remember that you’re still there with your partner, sharing in a delicious experience together – even when your eyes are rolling to the back of your head, toes are curling, and you’re screaming at the top of your lungs.

5 Things You Need to Know Before Achieving Simultaneous Orgasms

It is the responsibility of both partners to build up to their own orgasms separately. It’s only by creating your own orgasm that you both can “explode” together.

Here are some simple steps to make that happen.

If you’ve never had an orgasm before, trying to achieve a simultaneous orgasm is like trying to walk before you run.

If you’ve never driven a car, why would you try driving on the Autobahn? Step number one: get yourself to orgasm.  Both partners need to be responsible for their own arousal and orgasms.

You need to be able to report for yourself – I’m at a seven, I’m at an eight, I’m at a nine and about to reach orgasm!”

This way, you and your partner have a shared language (aka communication) about where you are and what you need to plan orgasms accordingly.

You don’t need to have perfect orgasmic mastery, but you DO need to have enough body awareness and control in order to gauge when you’re going to orgasm. This way, you can speed up or slow down depending on how close your partner is to reaching orgasm.

Adjust what you’re doing – the motion, the position – in order to match your partner in reaching that orgasm at the same time. This way, you guys can climb that 10-scale ladder together all the way to the delicious top.

My suggestion would be for the woman to get a 10-minute start in her arousal so he can work himself up as slowly as possible. This way, they should reach the same level of arousal around the same time.

How does orgasm work? We see something, think of something, or feel something that is so arousing that it tips us over the edge. If your partner’s orgasm arouses you so much that it just pushes you over the edge, than you’re more likely to reach orgasm when they do.

Men – if what turns you on about your woman reaching orgasm is that YOU did it and made that shit happen, focus on that. If it’s the flush of her face or the noises she makes… focus on that.

Many men love seeing between her legs when she orgasms. Can you get in a position where you can actually see her vagina coming? Chances are, this can help push you over the edge at the same time your partner orgasms.

Sex Coaching for A Better Relationship and Sex Life

Fantastic sex makes for a stronger relationship. (It’s also fun as hell!) If you’re struggling with any aspect of sex, whether that be premature ejaculation, intimacy issues, or erectile dysfunction, my one-on-one sex coaching can help you reach your sex goals for the best sex of your life. Sign up for my free discovery call today, so we can make your sex life sizzle.

If you want to improve your relationship to your body AND your partner, Come When You Want is my step-by-step guide to lasting longer in bed, experiencing ejaculatory control, and developing unshakable confidence. It delivers many of the same tools I use in one on one coaching but in a video format you can access from your phone or computer. Check it out!